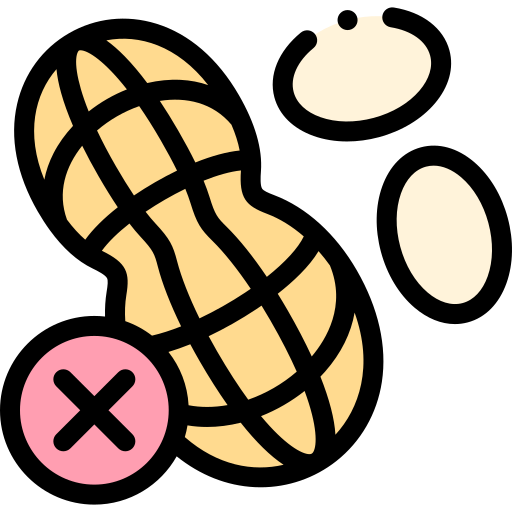 Sharon Wong, 50, allergy advocate and nut free Asian food recipe blogger, was born and raised in San Francisco by her Chinese immigrant parents. She has always been fascinated by food: one of her earliest memories was watching her father pour batter into a tube pan and then eating the delicious, homemade cake. As time went by, she grew up learning recipes from her parents and eventually put her culinary skills to the test with her own family. But it was not until she became the mother of two allergic sons that her special adapted recipes graced the palates of those who most needed them. Although Sharon’s original mission was to provide written recipes for both her sons to eventually give them some independence from relying on others to prepare allergy-safe food, her recipes ended up getting public recognition.

Since starting her blog nutfreewok.com, she has been interviewed by NBC News and a variety of other newspapers and has become one of the top 10 allergy bloggers according to medical information source Healthline. None of her recipes intentionally contain peanuts or tree-nuts.

The story begins when she first discovered her youngest son had food allergies when he was two years old. While Sharon was simmering a southeast Asian soup with peanut butter, her son walked into the kitchen and immediately coughed and gagged. She thought he was catching a cold and gave him some of the soup for dinner, which he immediately vomited, and subsequently developed hives on his belly. That was the moment she realized he was having an allergic reaction to the peanut in the soup. After meeting with an allergist he was diagnosed with a life-threatening peanut allergy. He would react to the presence of nuts without even eating them.

“My younger son’s last anaphylactic reaction was due to sitting next to a friend at our home who had eaten a spoonful of chopped peanuts sprinkled over their food hours earlier elsewhere. His reaction required one dose of epinephrine at the emergency room. My husband and I now felt that avoidance was not enough to keep our son safe. It was hard not to be upset but it was a wake-up call that we needed help,” she says.

Sharon’s eldest son also has severe allergies to peanuts and tree nuts. The two boys both have a variety of additional allergies: egg, shellfish, sesame, tomato and fruit, horses, cats, as well as environmental allergies, asthma and eczema. Because of this, Sharon has had to adapt her lifestyle in several ways, but especially in the kitchen.

“My husband and I could manage providing allergen-safe meals by cooking at home, reading food ingredient labels, and seeking out nut-free restaurants that would accommodate us. We relied on friends and family members for their support and understanding to be aware of our son’s peanut allergy. However, we could not control what other people do or eat in public so we avoided sports venues and airlines which serve peanuts,” she says.

Unfortunately, the road has not always been smooth, and allergy awareness is something Sharon is fighting for, through her blog and through other initiatives. She says finding other people in the food allergy community who share the same struggles in a supportive setting can be encouraging and empowering. Sharon’s son also enrolled in a Viaskin peanut patch trial which was lifechanging – by the end of the trial he easily tolerated two peanuts and enrolled in a follow up AIT trial to desensitize him to his remaining allergens, which was also a success.

“My son was teased and bullied by some of his middle school peers, excluded by some teachers, and not supported by school administrators. He had to change schools. More food allergy awareness was clearly needed and my children felt empowered when they were able to advocate for stock epi legislation. I have organized Saturday morning coffee allergy chats, attended food allergy conferences, and participated in food allergy walks/fundraisers. Those are great opportunities to make new friends and to know that we are not alone in our struggles,” she says.

While scouting through her extensive list of recipes and choosing to go for her peanut-free pad thai recipe, or perhaps her allergy-safe matcha chocolate chip cupcakes, one can realise that although allergy can be debilitating, there are hope-filled alternatives.

“Over the past 12 years, I’ve learned that kindness is everything and it’s what helped me get through challenging times with my children and it’s what drives me to advocate with concern for others. Look for opportunities to be kind and to acknowledge kindness. Kindness opens doors, minds, and hearts, smooths over any differences of opinions, and fosters friendships and collaboration,” she says.